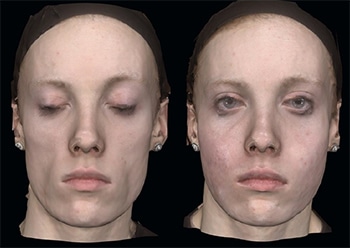 Dr. Amy Derick saw Christine, a 17 year-old girl, originally for acne. When she came in, Dr. Derick noticed that her face looked unusually thin, especially for someone so young. Christine didn’t have any known medical history that would explain the thinning face. The patient came back after her face had gotten thinner, looking for answers. Dr. Derick knew that the symptoms matched a syndrome she had previously learned about, and after doing lab work Christine’s Barraquer-Simons syndrome was confirmed.

In Christine’s case, her immune system gradually attacked the fat cells in her face over the course of about three years from the time she was 14 to 17 years old. Dr. Derick was able to present Christine at a dermatological conference at Northwestern University. Several of her colleagues helped her to formulate a plan to treat Christine medically and cosmetically. Allergan, a company who makes the filler Juvederm, donated 13 syringes for Christine. 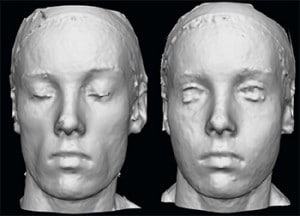 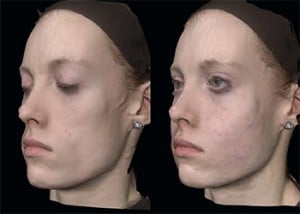 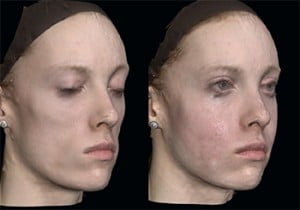 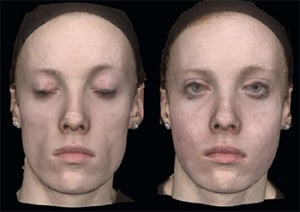 Christine’s father sent an email to Dr. Derick about a week after her treatment.

“When I saw these pictures, before I had seen Christine in person, I can’t tell you the emotions I felt. I was overwhelmed, so happy, that I just started weeping with joy — I couldn’t believe what you had done, you’ve given me my little girl back.   It’s incredible, almost a miracle that you had this idea tucked away somewhere in your memory to be able to think of APL when Christine came in that day for acne medicine. And now, with all of your efforts, I see my little girl again like she was before the syndrome struck.   Thank you, thank you, I am so grateful.”

Although Barraquer-Simons syndrome is not life threatening, it can be associated with serious medical conditions and can be cosmetically disfiguring. Because Christine went to her dermatologist for typical teen acne, she was diagnosed with a life-changing disease. And even more importantly, Christine is now being monitored and treated medically and cosmetically.

How Your Diet Might Be Contributing to Acne
October 6, 2020